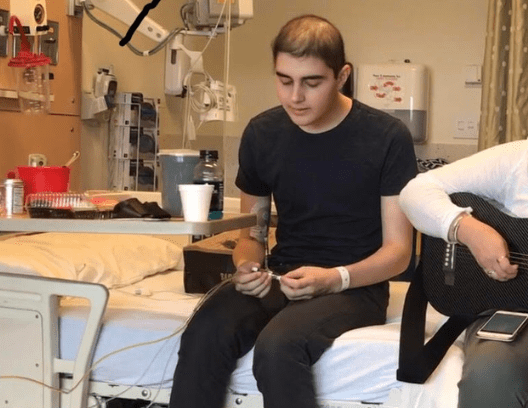 “I care about seeing the people around me happy,” shares Emerson. “So if there’s something I can do to make someone’s day better I’ll try to do just that, even if it’s only a small thing.”

Emerson is an 18-year-old transwoman who naturally embodies qualities that many people spend years trying to attain. She is considerate, optimistic in the face of uncertainty, and fearlessly herself.

Those qualities were put to the test when Emerson was diagnosed with leukemia in May 2018. This was in the midst of graduating from high school, preparing to leave for college, and beginning gender transition to become her authentic self with the help of Hormone Replacement Therapy (HRT).

“Cancer walked into the middle of all these changes and made itself the most important thing. Everything else halted to a stop,” Emerson says.

Facing cancer as a transgender woman

The excitement of the future quickly faded once Emerson began treatment. For nearly a year, she spent her days in and out of the hospital undergoing intense chemotherapy, causing her physical pain.

On top of battling the side effects of cancer, Emerson found herself fighting her own internal battle. Her doctor said she could no longer shave while in treatment due to the high risk of infection and bleeding. The only way to safely remove the facial hair was with an expensive cream not covered by her insurance. Her family couldn’t afford to buy it on top of medical expenses either.

She never lost her sense of identity, but being unable to express herself caused her to experience gender dysphoria. Gender dysphoria, most common among the transgender community, is defined by strong, persistent feelings of identification with another gender and discomfort with one’s own assigned gender and sex.¹

Finding support in others 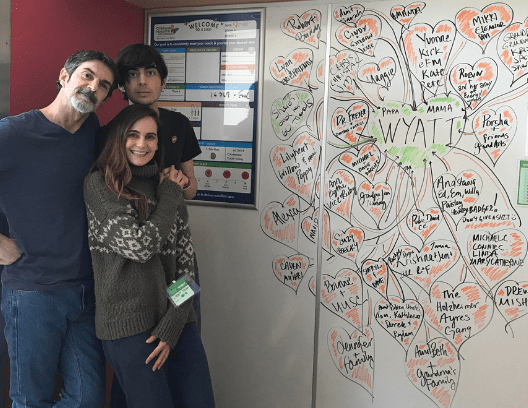 Struggling with mental health is an unfortunate reality for many people who identify as LGBTQ. This emotional uncertainty, coupled with the strain of treatment, is no easy feat to overcome.

Emerson’s care team was extremely supportive throughout her treatment and impressed with her positive mindset amidst the challenges. But in order for Emerson to get to the other side of cancer, she needed to feel like herself again.

Family Reach was contacted by Emerson’s hospital social worker and stepped in without hesitation. They provided a grant that allowed Emerson to buy the hair removal cream so she could express herself and find the strength she needed to overcome cancer.

“The fact that an organization would recognize what it meant to me to simply be rid of facial hair, and fit my self-image, meant a lot to me,” shares Emerson. 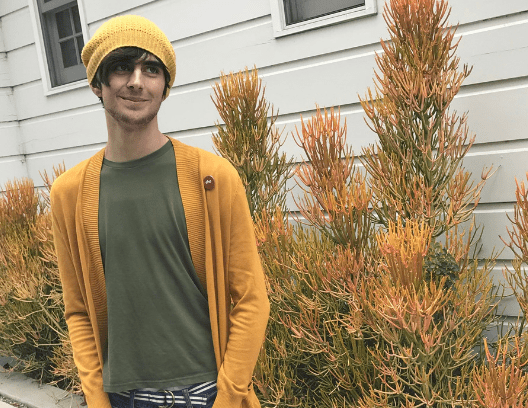 Almost a year after her diagnosis, Emerson has no evidence of disease. She’s started laser hair removal treatments and HRT so she can fully embrace the woman she’s meant to be.

“To those in the community who have to go through cancer, especially to those in the transgender, nonbinary, or gender-nonconforming groups: This is a battle to get through, but you’re so very strong. So many of you have already fought battles to be yourself, or are fighting one right now, and the strength, patience and perseverance you’ve shown there will help you get through this new fight,” says Emerson.

Emerson became the inspiration she needed, finding a new light within herself during her cancer journey. It’s voices like hers that generate change and inspire others to claim their authentic selves proudly.

“Cancer’s not gone from my life, and it’ll always be a chapter in my story, but it hasn’t defined me. Instead, I’m getting to define myself.”

Watch our 2019 Mission Video to learn how we help patients combat the financial burden of cancer.